Top 8 Permanent Crops that are Used in Farmland Investing 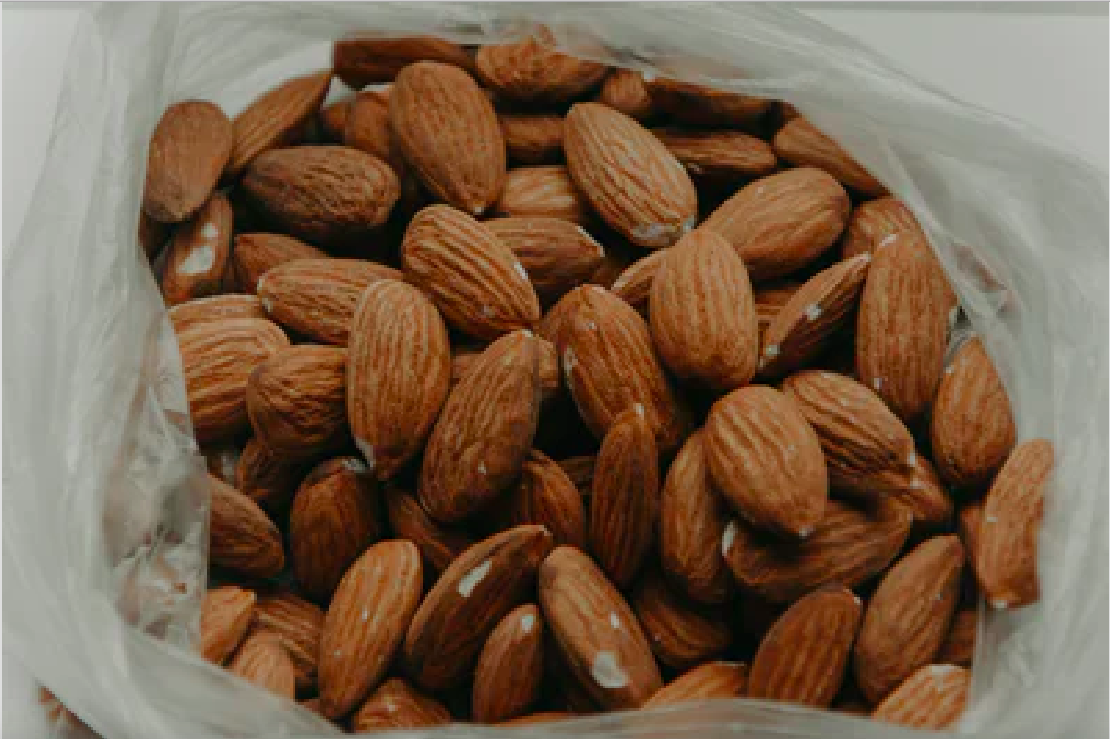 Whether you’re a new or experienced investor, it’s essential to make sure you have a diverse portfolio. It helps to minimize some losses obtained from lousy trading days. You could have investments in stocks, bonds, or mutual funds.

However, these can be affected by stock market fluctuations, which can hinder or hurt you depending on the trading day. So to balance out potential losses, you should consider farmland investing.

You can be part of a growing market and consistently return a steady profit. With the wealth of crops that American farmers produce per year, it’s an opportunity to grow your portfolio.

Today, we’ll look at how farmland investing can further diversify your portfolio and the top eight permanent crops used for it. Continue reading to learn more.

Why Investing in Crops is a Great Way to Diversify

When your everyday person thinks about investing, it usually entails putting your money into a particular company and hoping it grows over time. However, investing doesn’t solely rely on the movements of companies ranked on the S&P 500 Index.

It also covers alternative investments like crops. Investing in crops can significantly diversify your portfolio by:

Standard stocks and commodities are constantly subjected to price changes on the stock market, leading you to worry about your investments all the time. But with farmland investments, you can add balance to your portfolio and profit even if other securities drop.

Before you begin investing in crops, it’s time to talk about two different ways you can invest. There are permanent crops and row crops.

Permanent crops are planted and then continuously harvested throughout their entire lifecycle. They consist of crops grown on trees, such as fruit and nuts. Permanent crops have also become increasingly popular because they yield a higher return than row crops.

On the other hand, row crops are planted, fertilized, and harvested every year. They need to be consistently produced to maintain an efficient agricultural system. Row crops consist of items such as wheat, rice, soybeans, and cotton.

Determining the Value of a Permanent Crop

As you gain experience as an investor, the word “value” will hold significance. After all, it’s your job to make sure that you get the most value from your investments with as little risk as possible.

When you’re testing the water in farmland investing, here are three things that you should look out for:

These factors play an integral part in knowing what crops will give you the highest returns possible. So ensure that you do your due diligence before choosing a particular crop to invest in.

Now that you have some background information about crops, it’s time to discuss the top eight permanent crops to invest in. As we’ve mentioned above, permanent crops are planted and harvested continuously throughout their life cycle and have consistently high returns. Let’s take a deeper look at the crops below.

Walnut trees flower in the later spring months around April and May and are grown in deep, fertile soil in order for the roots to have some sustainability. In California, over 650,000 short tons of walnuts were produced last year and are projected to increase by 19% by the end of this year.

Americans love apples, which is why apple pie is one of the top choices for desserts each year. That’s also why the U.S. is one of the leaders in apple production worldwide. Over 11 billion pounds of apples were produced last year, the sixth largest number to date, resulting in over $5 billion in sales.

However, projections for 2020-21 are a bit lower due to some setbacks from the pandemic. Due to a lack of resources and staffing, the efficient production of apples has declined slightly. But as local economies continue to recover from the effects of the pandemic, apple production is sure to increase.

If you’re looking for a crop that will give you the most per acre, then it’s tomatoes. Production of all U.S. and global tomatoes is done in California. Over 280,000 acres of tomato crops were harvest last year, valuing $1.6 billion.

Tomato crops are roughly valued at $1.4 billion annually, so there was an increase in average return. These returns will continue to get higher as farmers create ways to deal with the impact of global warming on crops.

Pistachios are another popular permanent crop that has been growing for quite some time. The first crops were established in the late 1880s, making California responsible for over 95% of U.S. pistachio production.

In fact, the U.S. is the world leader in pistachio production and is projected to produce over 480,000 tons of pistachios by the end of this year. That’s an over 20,000-ton increase from the previous calendar year.

Most pistachios the U.S. produces are exported to other countries like China, where 35% of pistachios go. As the demand for these nuts grows in other countries, pistachio producers and investors are in for excellent returns.

Another popular tree nut that’s also high in exportation is almonds. Over a million acres of almonds trees are harvested each year, and demand continues to increase. This year alone, over 3 billion pounds of almonds were exported, which is an 18% increase from the previous year.

Like pistachios, as the demand for almonds increase, so will the increase in returns you get from investing in these crops.

The U.S. has some of the best lands in California suitable for growing grapes. It’s no wonder that California is the top U.S. state that produces grapes. With a plethora of vineyards, grapes are turned into wine to meet the needs of consumers.

However, grapes are also eaten in their fruit form or turned into juice. Annually grapes return roughly $625,000 per square kilometer, making it one of the more lucrative investments.

However, grape production may be in for disruption because of climate change. The effects of the weather can significantly impact the production of crops.

All hope isn’t lost, though. Other states like Washington, Oregon, and New York are also sufficient in grape production, which may have climates more suitable for growing grapes to combat the effects of climate change.

Blueberries are another popular crop that is harvested in two-year rotations. First, half of the land is cut to encourage more growth, while the other half is harvested and sold for profit.

Blueberry production like this is done in 14 states around the country and the world, with the U.S. taking the lead. Over the past ten years, the production and exportation of blueberries have increased, with the most recent return coming in at $720 million.

As you can see, investing in blueberry farmland will grant you a hefty return. Also, with the demand for blueberries consistently growing, there’s potential to gain even higher returns.

Have you ever had pecan pie? If not, you may want to try it soon. It’s another popular dessert that Americans love that’s mostly eaten around Thanksgiving or Christmas. That’s why pecans are in constant demand here and across the world.

The U.S. is responsible for over 85% of the pecans that are produced worldwide, with most of the trees being grown and harvested in Georgia. Last year, a 71% increase in pecan production showed a demand for the crop.

Check out some current investments from Land Income

Other Permanent Crops That Are Growing in Popularity

Besides the traditional crops you see above, some other not-so-conventional crops are slowly gaining popularity within the farming sector. Remember, as an investor, you want to diversify your portfolio, so investing in some of these crops may be beneficial to you. Here are a few crops that you may want to keep an eye on.

As climate conditions are changing, it leads to better opportunities to grow certain crops. One of those crops is coconuts.

Although the U.S isn’t a world leader in coconut production, imports per year are rising significantly, leaving room for further portfolio gains later in the future.

Do you remember the sudden interest in avocados a few years back? Avocado prices across the country dropped, and everyone took advantage.

Well, it seems that avocado popularity is going to continue. Americans are on track to consume more avocados this year than any other year, showing that the avocado boom is here to stay. Prices may continue to rise, so get in on this crop while you can.

Best Agricultural Regions in the USA to Grow Permanent Crops

When you’re looking to invest in farmland, not only do you need to focus on the crops you’re interested in, but you also need to know where these crops will flourish.

Some states may not have climates suitable for all crops, but there are some areas where crops can grow in abundance. Let’s take a look at some of those areas.

California is already at the top of the list when it comes to crop production. Most fruits and nuts that we eat today are grown in California.

Due to the warm climate, it’s easier for crops to grow without being affected by occasional harsh weather conditions. It also makes it easier to export goods to the rest of the world.

Interestingly enough, although California leads the production of permanent crops, it doesn’t hold the top spot for farming opportunities. That spot belongs to Vermont.

Vermont has more farmers per capita than every other state in the U.S, which is why it has the highest percentage of locally grown food and people that buy it.

If you’re looking for cheap farmland to invest in, New Mexico is the place to do so. It costs about $600 per acre, which is way less than the national average of $3,160.

However, it can be hard to grow certain crops there because of the dry climate. So make sure that your crop investment there will be profitable.

When it comes to food production, Iowa comes in second, right behind California. With the surplus of land, you’ll be able to invest in a plethora of crops and reap the benefits of those high returns.

Although Iowa is mainly known for its row crops, it also consists of vineyards that are equally as important to the global permanent crop production.

Permanent Crops Are a Great Investment

As you can see, compared to row crops, permanent crops will give you more bang for your buck. They will reward you with consistently high annual returns compared to other stocks. Also, farmland investing can help you diversify your portfolio. That’s what every investor wants.

At Land Income, we want to help you tap into the world of farmland investing. We understand that you may be skeptical about the process. However, without our help, you’ll have a robust and profitable portfolio in no time.

Farmland investing can increase your capital and protect you from the dangers of market volatility. Do you want to learn how? Contact Land Income today! 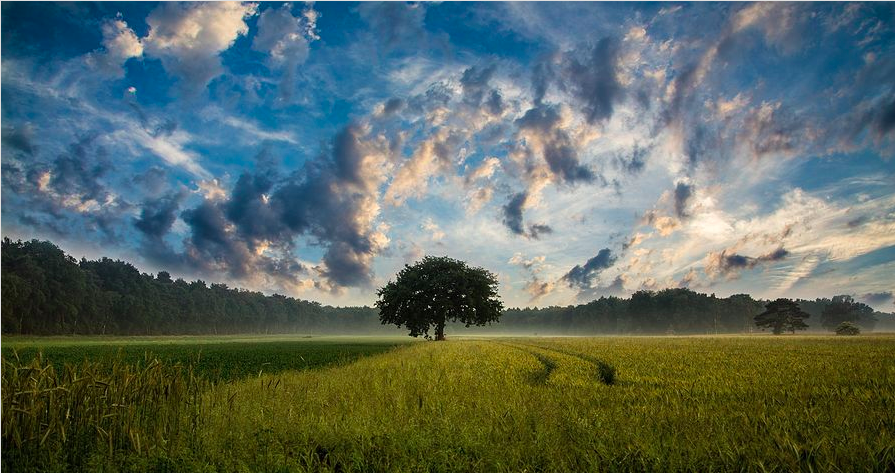 Best Ways To Increase Sustainability as an Agriculture Investor 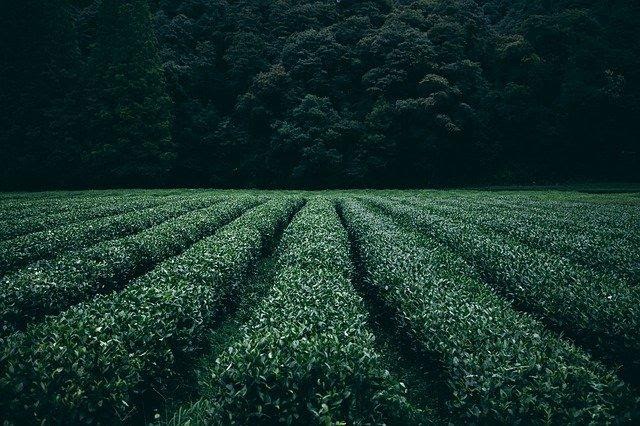 How to Finance Your Farm 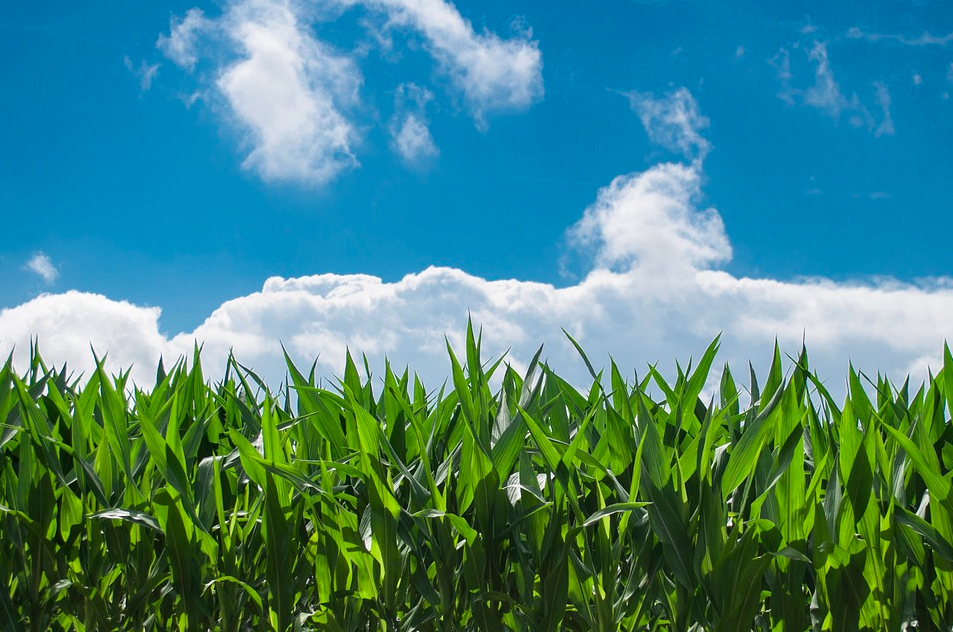